SALT LAKE CITY, Utah | (Church Newsroom)  –  It was 110 years ago this month that The Tabernacle Choir at Temple Square completed its first recording. The choir marked the occasion at a news conference Thursday in the Conference Center in Salt Lake City.

“The choir was one of the earliest choral ensembles to record its music, with its first acoustic recording, which was made 110 years ago in 1910 in the Salt Lake Tabernacle,” said Ron Jarrett, president of the choir.

“No one then knew that first recording would lead to over 200 recordings that have showcased the choir from the early days of acoustic recording through long-playing records to modern digital compact discs and DVDs,” Jarrett added. 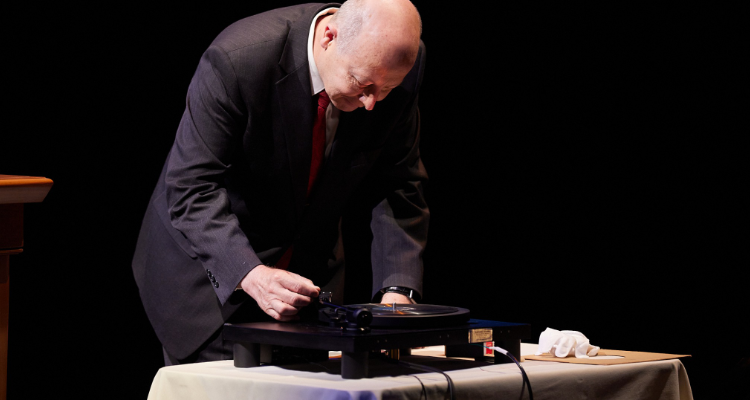 “The first recordings of the Tabernacle Choir and organ resulted from a technology race among the three leading record companies in America at the time,” explained historian Rick Turley, who discussed the process for capturing the choir’s first recording. “In those days, recording was done acoustically, meaning no microphones were used.”

“Those who have had a chance to be part of a recording know that the Tabernacle here on Temple Square serves as the choir’s recording studio,” said Mack Wilberg, the choir’s music director. “The building plays a key role in our signature sound and will continue to do so for our future recordings.”

The choir has set its sights on attracting new fans around the world. “One of the key strategies of the Tabernacle Choir today is being ‘digital first’ in recognition of the vast audiences who consume music digitally,” said Jarrett.

“During this global pandemic, the music of the choir and orchestra has been viewed much more frequently and has been a part of worship from home for many people all over the world,” he said.

Due to the pandemic, the choir has canceled this year’s Christmas concert, but plans were announced to release the CD and DVD from last year’s concert next month. They feature guest artists Kelli O’Hara and Richard Thomas. In addition, the choir will continue the 17th year of its annual “Christmas with the Tabernacle Choir” on PBS Television. It will also be broadcast on BYUtv during the holiday season.

At the conclusion of the media event, the choir unveiled its latest music video, featuring music from its latest CD recording, “When You Believe: A Night at the Movies.” The new music video, titled “Duel of the Fates,” includes music from “Star Wars Episode I: The Phantom Menace.” It was directed by award-winning filmmaker and YouTube influencer Devin Graham. 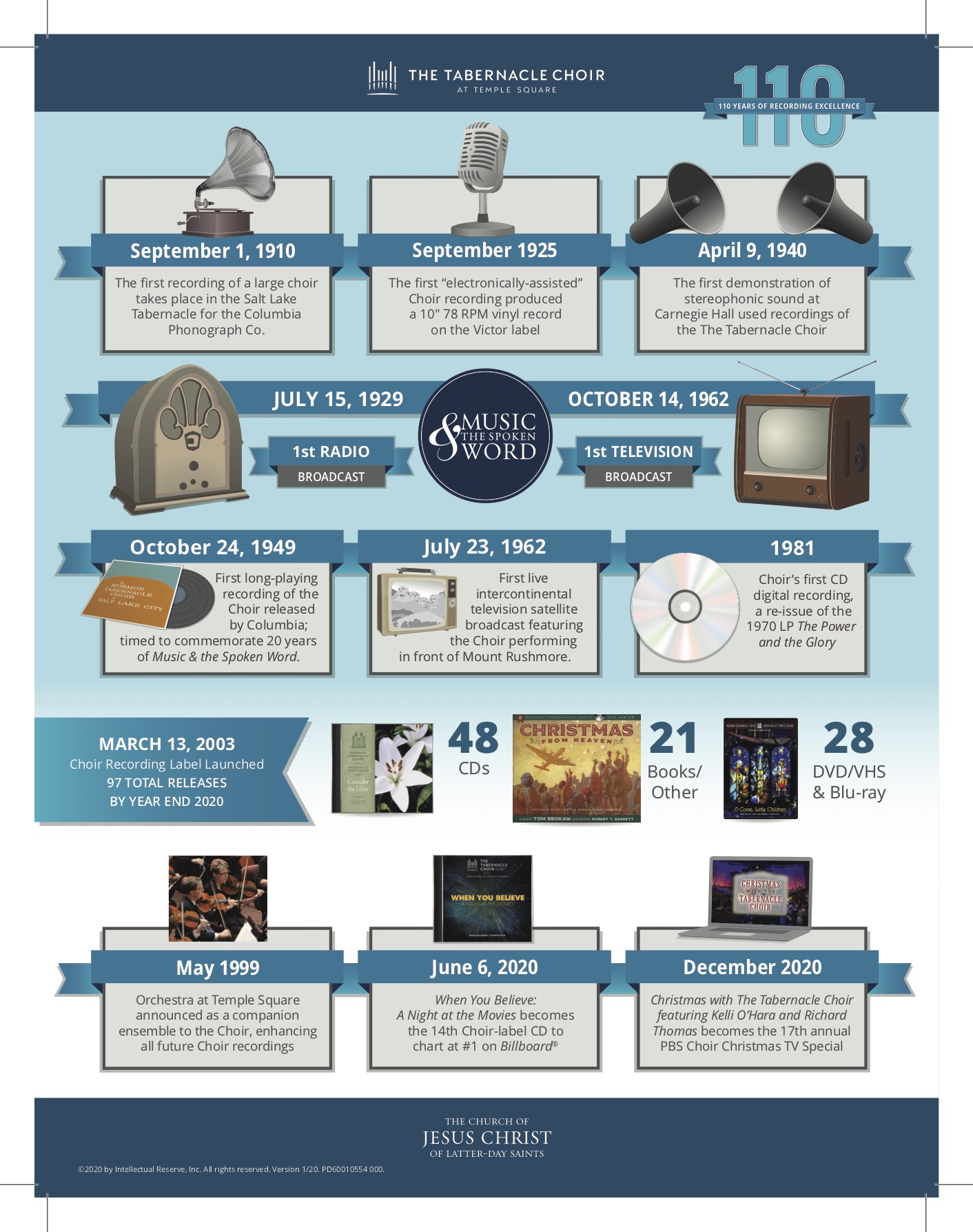 Photo: (Top) The Tabernacle Choir at Temple Square seated in front of the organ in the Tabernacle. Photograph taken in 1929.
Copyright 2020 by Intellectual Reserve, Inc. All rights reserved.